How Vaping is Different in Every Province and Territory

How Vaping is Different in Every Province and Territory

Canada’s Vaping Law: How it’s Different in Every Province and Territory

Whether you vape or not, the laws within Canada regarding vaping, knowing the legislation is key

"Follow the money" is a catchphrase popularized by the 1976 drama-documentary motion picture All The President's Men, which suggests a money trail or corruption scheme within a high (often political) office. You make your own conclusions as it relates to the new e cigarette Canada laws.

Most non-smokers think that because they don’t smoke or vape, they aren’t affected by the recent vaping laws that control e cigarettes in Canada, but in reality, this is not the case. When various governments control what you or your loved ones can and cannot do, there is always an ulterior motive that you should be aware of. They may disguise it with a tagline that the new e-cigarette law is in your “best” interest, but most new laws are often in someone else’s best interest. Who is that someone else when it comes to e cigarettes in Canada?

Let’s follow the money to see what A + B adds up to!

(A)  Big Tobacco is rapidly losing market share to the new healthier e cigarette alternative. (remember who can afford to employ elite lobbyist that influence politicians.)

(B)  This reduction is expected to translate into Big Pharma losing profits as long-time smokers transition over and are no longer dying of cancer.

(C) = EQUALS the Canadian government may lose out on the $8 billion they receive annually from the sales tax on traditional cigarettes.

YOU DO THE MATH!

The regulations within Canada differ for each province and territory, so here are the laws in each area. Keep two things in mind:

(1) We all agree that age limits should be applied to the sale of e cigarettes to minors and the laws to protect minors are not the ones we believe are harmful.

(2) The new laws being drafted and implemented in Ontario and Quebec which plan to eliminate flavour options, remove the ability to display or demonstrate how to use the devices within the confines of a vape shop and require the vape shops to blacken their windows are far more extreme and only serve to diminish the ability to compete against Big Tobacco and threaten the future opportunity for current smokers to switch to the safer alternative. These laws continue to expand and no one knows where they will stop. 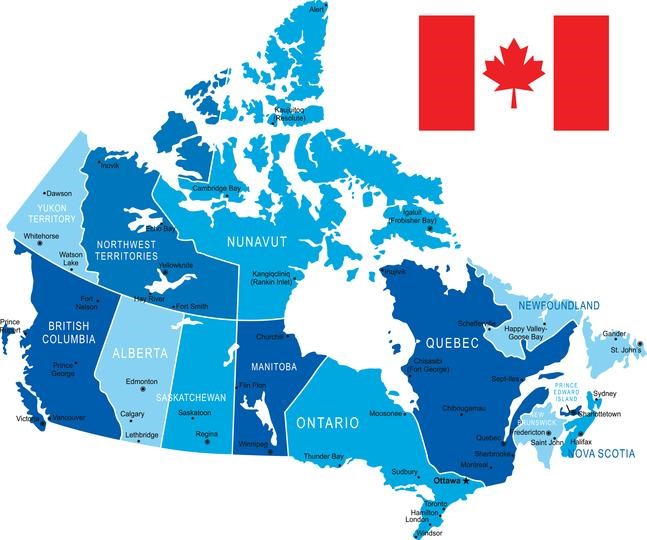 Alberta has no official regulations in terms of the use and sale of e-cigarettes, but in Calgary there is a by-law that states that e-cigarettes cannot be used in public spaces.

According to the “Tobacco and Vapour Products Control Act” effective in 2016, the following regulations apply to the province of British Columbia.

According to the “Non-Smokers Health Protection and Vapour Products Act” of 2015, within Manitoba

According to the “Tobacco and Electronic Sales Act” of 2015, within New Brunswick

According to the “Smoke-Free Environmental Act, Tobacco and Vapour Products Control Act” of 2016, within the province of Newfoundland and Labrador

Currently, the Northwest Territories have no laws or regulations on the sale and consumption of e-cigarettes.

Currently, Nunavut has no legislation in regard to the sale and consumption of e-cigarettes.

According to the “Electronic Cigarettes Act” of 2016 the only ban at the current time is a ban on sale to minors, but according to new legislation as a part of Bill 174 and S-5, the following provisions will come into effect on a date that is to be determined.

According to the “Tobacco and Electronic Smoking Device Sales and Access Act” of 2015, within Prince Edward Island

According to the “Tobacco Control Act” of 2015, within the province of Quebec

Currently, there is no province wide legislation within Saskatchewan, but vaping is banned everywhere smoking is banned within the city of Saskatoon.

Currently, there is no territorial legislation within the province of Yukon.

Canadians and visitors should be aware of the various e-cigarette regulations in each province and territory to avoid penalties. The laws differ very vastly throughout the country, and to ensure that you are safe from legislation, make sure you educate yourself on the laws in your province or city. To learn more about this information, do your research, and feel free to contact or visit a local vape shop to ask questions. For Vapers it is important to know the vaping laws across Canada. Although at first glance it seems confusing, we have hopes that this list will have helped you to understand the law. If you are interested in more information on vaping visit https://www.esmokercanada.com/blog.