Is Vaping Bad For You?

Is Vaping Bad For You?

First and foremost, we should all drink water and breathe only air! However, if you are like most of the population you have a few habits that deviate from that line of thinking.

Since vaping is a relatively new thing, hitting the market in Canada around 2010 and then exploding in 2015, it’s not surprising that people have had their doubts and their worries about vapes.  In the early years there was a lot of mis-information and scare tactics being published.   Remembering that the greatest opposition to the vaping industry was Big Tobacco, who faced the biggest risks of losing market share and who had the financial ability and means to heavily influence the messaging.  However, since Big Tobacco entered the market with their own products, such as JUUL, the articles with far reaching and misinterpreted data such as “popcorn lung” claims have disappeared.  For those who don’t remember the media scare that implied that vaping could cause popcorn lung based on an excerpt from a Harvard study that found small traces of diacetyl in some e-cigarettes e-juices.  Exposing the media bias received much less attention when it pointed out that traditional cigarettes contain many many times the levels of diacetyl than an e-cigarette with no links to popcorn lung.  Despite the false and often misleading information out there, vaping has no proven adverse effects and there is actually no evidence behind any claims that it is dangerous or has negative effects other than the continued concern on the effects of consuming nicotine. Vape e-juice actually contains only 3-4 different ingredients and they are all approved by the FDA and food grade.  Some vape ejuices that don’t have flavouring or nicotine only have two ingredients- propylene glycol and vegetable glycerin. These ingredients have no risks as far as studies have found, however continued and reputable research should be conducted to ensure all who choose vaping remain safe. The main reason that traditional tobacco cigarettes are so bad for you is because of the 4000+ chemicals that are in the cigarettes, but people confuse the fact that there is nicotine in cigarettes with the tobacco. In cigarettes the actual danger comes from burning the tobacco and other carcinogens, and nicotine actually has no health risks other than it is addictive. Not only is vaping not bad for you, but in comparison they have helped a shocking number of people switch from their fatal competition- cigarettes. 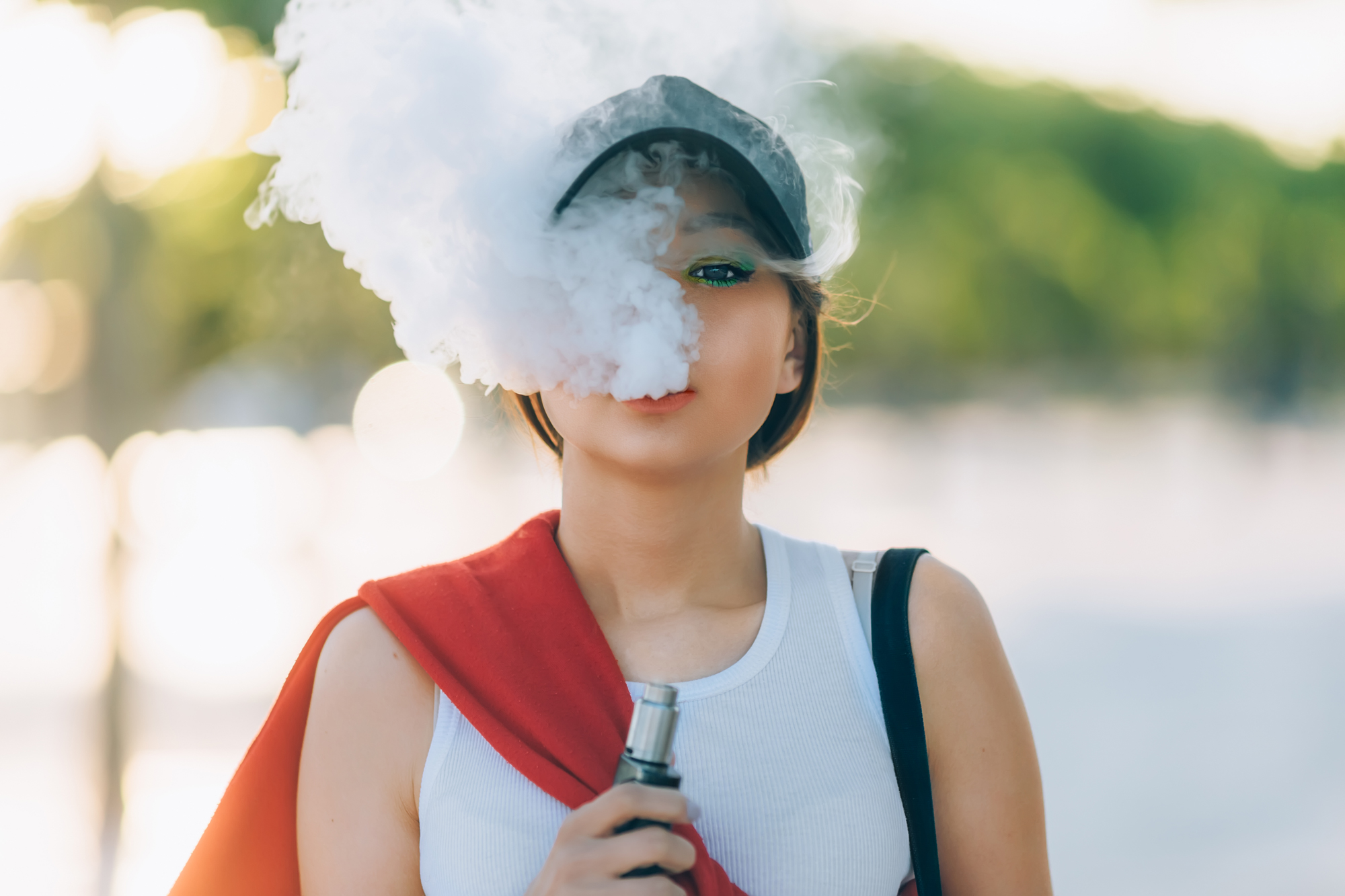 Vaping is simply the inhalation of the vapour which is produced from an e-cigarette. The way that vapour is produced is that the e-juice in the tank of the vape, is heated through a coil, and it causes the contents of the e-juice to turn into vapour, which you then inhale. You can also vaporize different things other than e-juice like dry marijuana, CBD oil, and THC oils. There are many different types of vape as well, and they range from tiny little devices the size of a USB drive, all the way to vapes that are larger than your phone. 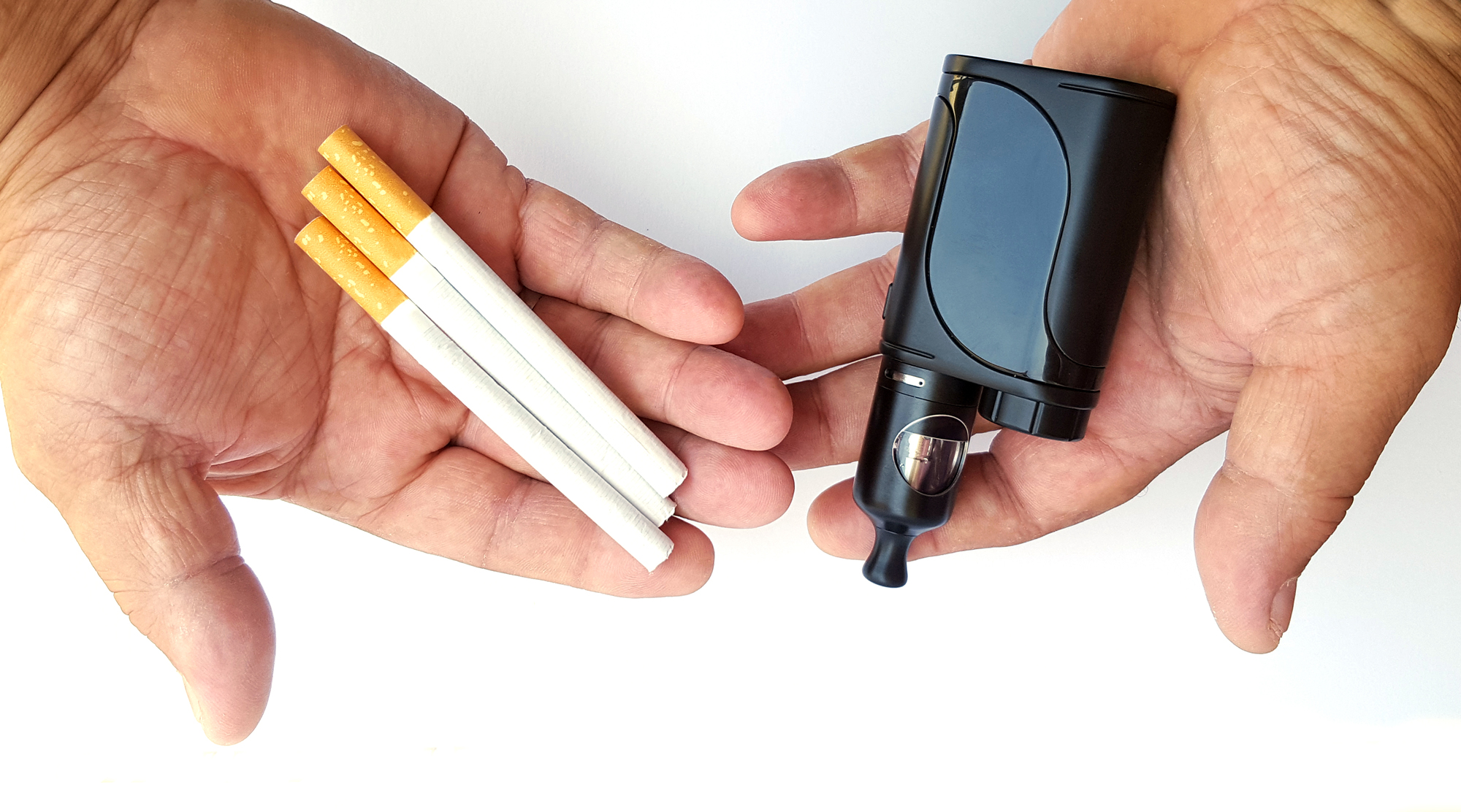 As explained before, vaping is the production of vapour using a battery which heats a coil and produces the vapour from e-juice, and smoking is the combustion of tobacco (which is basically a compound of thousands of chemicals) to create smoke. Smoking related illnesses are the second highest cause of deaths in the US and also account for billions of dollars spent each year. Smoking is an expensive and deadly habit which has been used by many for about a century. Within the last 10 years or so, a more popular alternative has come on the market which rivaled the nicotine replacement strategies which had been made available as well. Vaping is the cheaper alternative to both smoking, and nicotine replacement therapy and has also proven to be the most effective for many ex-smokers. Smoking pollutes our earth, and our air and also reduces your life-span significantly while vaping can actually help you break the habit and gives you a chance to quit successfully.

Vape Health - is vaping bad for your health?

Many people are concerned and want to know the answer to how bad is vaping to your health.  There are many “health” rumors and myths that have come out of different studies to try to better understand vaping, but the “findings” of these studies which most often have been proven to be unreliable have been damaging to the health concerns people have regarding vaping. A study done by Public Health England claimed to have found formaldehyde in e cigarette vapour but a further study rendered these results incorrect.  Later they actually did another study that showed that vaping was a 95% healthier alternative to smoking if used properly.  Of the study results, Professor Ann McNeill, lead author and Professor of Tobacco Addiction at King’s College London said, “Our new review reinforces the finding that vaping is a fraction of the risk of smoking, at least 95% less harmful, and of negligible risk to bystanders. Yet over half of smokers either falsely believe that vaping is as harmful as smoking or just don’t know. It would be tragic if thousands of smokers who could quit with the help of an e-cigarette are being put off due to false fears about their safety.”

Even though many different countries and health organizations, both public and private, have done studies on vaping to try to find some health concerns with the new concept, thus far there have been no findings to provide any evidence that there is anything unhealthy about vaping or that there are any concerns that people should have about vaping. In summary, despite the information you may find on the internet as to whether vapes are bad for you, vaping is not bad for you and is considered better for you if you are currently a cigarette smoker.