The episode discusses the challenges vapers/vape shops are facing in Canada when it comes to regulation and Health Canada’s reluctance to approve e-cigarette as a smoking cessation device.  It also discusses big tobacco’s plans to provide “harm 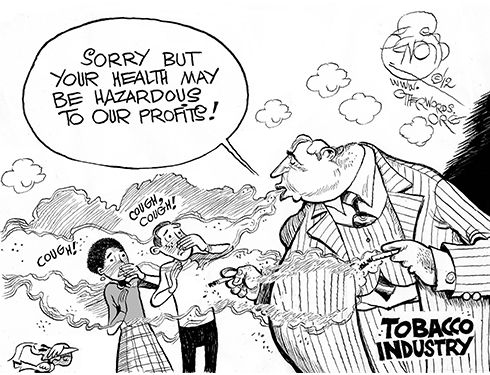 reduction” devices by introducing their own e-cigs. Isn’t it ironic how they claim to be concerned about the health of their consumers, yet still mass produce cigarettes which everyone knows has 4000 chemicals! It seems like they're more concerned about profits rather than health.  It’s clear that there has been a substantial decrease in smoking over the last few years, which could be due to an increase in popularity within the vape industry.   Ex-smokers have found success in quitting traditional cigarettes by switching to e-cigarettes and the numbers show it.   The vape industry is worth $2.5 billion and expected to reach $3-5 billion in the next 3-5 years as noted in the Fifth Estate report.  Another important topic they touched on was Public Health England’s stance on e-cigarettes.  Last year they published a study on e-cigarettes and found that they are 95% less harmful than traditional cigarettes .  With the number of smokers in England at an all-time low, and an estimated 3 million of them vaping, England’s health officials have endorsed e-cigarettes and recommend them as a smoking aid and have even gone as far as to suggest that they should be prescribed by doctors and paid for by the health care system.  The testimonials are real and the statistics don’t lie, vaping helps smokers quit! Should Health Canada adopt a similar stance to e-cigarettes as Public Health England? What do you think, comment below!

Click on the links below to see the full epsiode from Fifth Estate & Public Health England's Report on e-cigarettes!