The Facts on Why You Should Be Vaping over Smoking

The Facts on Why You Should Be Vaping over Smoking

Why Switch to Vaping

Financially, smoking is not affordable no matter how much you work. The cost of cigarettes, plus the cost of healthcare resulting from the impact of smoking can be staggering. Firstly, the cost of healthcare a year for a person who is a smoker is $3071, and if you do not have sufficient insurance coverage, this can be almost impossible to maintain. The cost is not just financial with smoking, the healthcare costs are something that cannot be numerically described. Smoking cigarettes is linked to more than two dozen diseases, some of which include fatal diseases like cancer, and heart disease. Money can be replenished, but your health and body is not somethingthat can be replaced if it is abused. The cost of cigarettes alone for the average pack a day smoker can be over $3,500 a year , making the total for 10 years roughly $35,000 or a down-payment on a house!  The industry for Ecigarettes in Canada has grown in leaps in bounds due to the reduced costs of vaping.  In fact, vape shops in Toronto over the last year have popped up everywhere!

There are other reasons why do people vape…..maybe even more important reasons besides the financial impact to consider ecigarettes…… 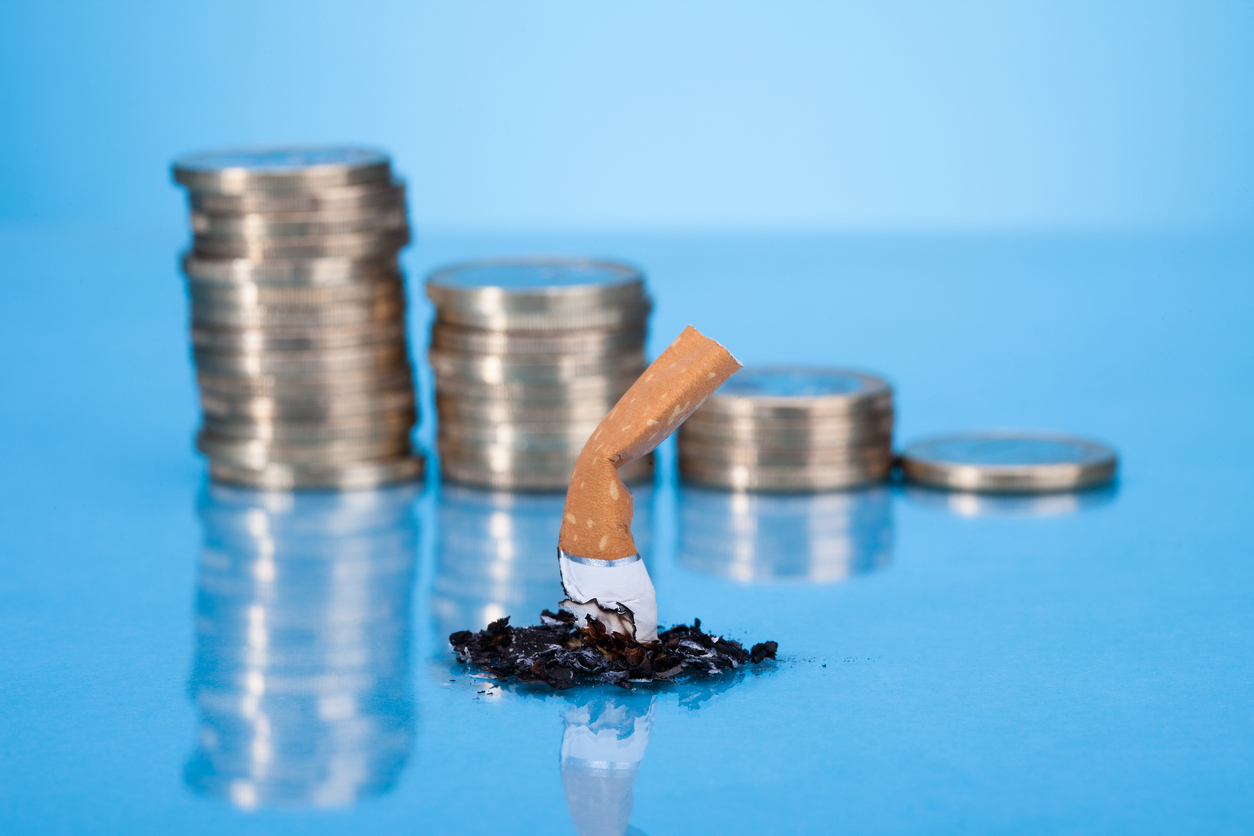 HOW WILL QUITTING SMOKING IMPROVE YOUR HEALTH?

Quitting smoking will substantially improve your health by reducing

the risk of numerous consequences from smoking.

Cigarettes are proven to cause a staggering amount of deaths a year, and according to Canada health, each day 100 Canadians die from smoking-related illness’, accounting for 36,500 deaths a year in Canada alone. Cigarettes when burned contain up to 7,000 chemicals, and some of these include toxins which cause irreparable damage to the body.

Some of the worst chemicals in cigarettes include:

The following are some of the consequences that women who smoke are at risk for:

Second hand smoke, around at risk individuals including pregnant women children, elderly and health compromised people can also subject these individuals to the risks that actual cigarette smokers experience.

SO ARE ECIGARETES ACTUALLY BETTER THAN SMOKING?

There have been multiple studies that show that vaping is a successful and much healthier alternative to smoking cigarettes, and can help smokers quit smoking more effectively than other nicotine replacement techniques. Studies have shown that vaping is more effective than nicotine patches, despite the nicotine content being the same. Tobacco and smoking is also the number one cause of preventable death in the Canada, due to the toxins in the tobacco. Ecigarettes in Canada that are sold online and in retail vape shops, on the other hand, have been proven to contain toxicity levels between 9-450 times lower than cigarettes. The cost of vaping, in comparison

also reduces the financial costs significantly. The financial cost can be reduced from $3,500+ a year when smoking, to as low as $500 a year when using vaping as an alternative. Ecigarettes in Canada have boomed and any local vape shop in Toronto can help you estimate your costs according to your current smoking habit to ascertain an estimate specific for you. 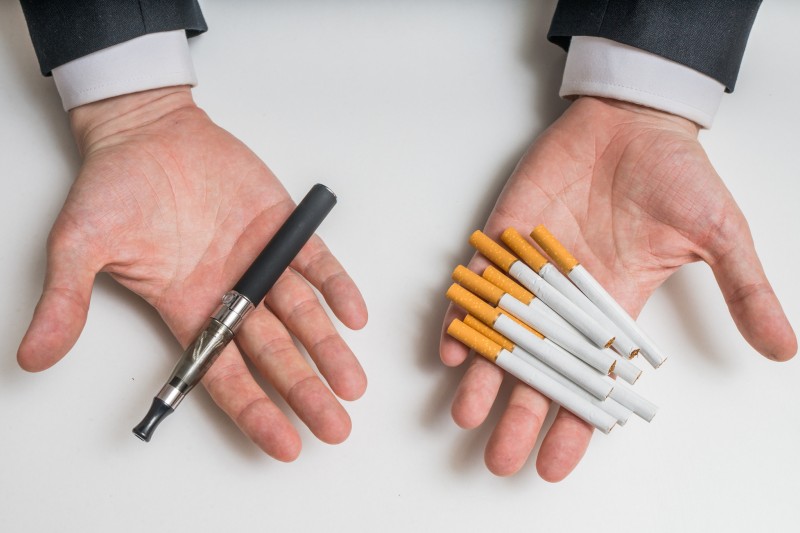 WE ONLY HAVE ONE EARTH

So far it has been evident that cigarettes are detrimental to your health and your wallet, but there is another major factor that is talked about substantially less. The environment is arguably directly impacted by the cigarette industry, and the consequences that cigarettes impose on the environment may be the downfall of the industry as a whole. Individuals have the option to choose how they want to treat their body, and spend their money, but when the earth that we collectively inhabit is being threatened, there needs to be some sort of change made.

Deforestation is already a large threat to our earth as it is. The planet is made up of 31% forests, and over 1.6 billion people depend on this land to live. Every year we lose 46-58 thousand miles of forest land every year, which equates to about 48 football fields A MINUTE. Of these insane deforestation rates, 540 million of the trees cut down are for cigarette production, which is about 1.5 million trees A DAY. And there are other production costs and consequences to the environment that come with the burning and smoking of cigarettes, noting 5.5 trillion cigarettes are consumed a year! That’s right for those of you doing the math, 1 TREE = only 300 cigarettes!

1.69 billion pounds of this waste comes from cigarette butts. In the areas which the government chooses to fund clean-up efforts, this cost is factored into the taxes you pay. The US government uses 11.5 billion dollars of taxpayer money to clean up cigarette waste A YEAR! So even if you aren’t a smoker yourself, your friends and family who smoke could be costing you, big time! The cigarette waste that is produced, also causes other environmental impact, including threatening the lives of wildlife, including birds, fish, whales, and other marine animals. The waste also poses a threat to young children playing in areas that may have cigarette waste, as ingesting a cigarette butt can be very threatening to a child’s health. Although vaping does create waste, the waste is significantly reduced, and if properly disposed of creates almost no landfill waste. The coils are the only part of the vape which needs to be replaced and creates waste, but this is a significantly better replacement to cigarette waste. Eventually in the future there could even be recyclable coils, who knows!

The million dollar question, how does cigarette smoke truly affect the air? Well, we all know that burning diesel fluid is horrendously bad for the environment, which is what we use in our cars, but how does this compare to that of cigarette smoke? Well, the answer will surprise you. The air pollution emitted by cigarettes is 10 times GREATER than that of diesel fuel emissions. Tobacco smoke emits tiny particles which are the most dangerous element to our health of air pollutants. There has also been a study performed to calculate how much air pollution is actually producer by smokers a year. According to this study, smokers produce a total of 84,878 tons of air pollution a year. To put this in relatable terms, this number is twice the amount of air pollution created by all the cars in the US.

Another study performed in 2012 concluded “for all byproducts measured, electronic cigarettes produce very small exposures relative to tobacco cigarettes. The study indicates no apparent risk to human health from e-cigarette emissions based on the compounds analyzed.”. According to other studies, vapour contains the same amount of toxins as ambient air. Cigarette air pollution also causes damage to the atmosphere, and the ozone layer which contributes to global warming. Overall the environment’s well-being would be significantly improved if there was a large-scale conversion from cigarettes to ecigarettes.

Good question. There has been a lot of information throughout this article, and a large amount of statistics, but the conclusion is simple. YES. Cigarettes are detrimental to you, your health, your wallet and the environment. Vaping and ecigarettes offer a solution to all of these factors. Vaping has a minute amount of health concerns in comparison to cigarettes, and the long term cost to your health is non-existent. In terms of the cost, you will reduce your financial costs from $35,000 in 10 years smoking cigarettes, to potentially less than $5000 in 10 years while vaping.

The environment also thanks those who have made the shift from smoking to vaping in Canada. Not only does smoking create a huge threat and contribution to the deforestation issue we have worldwide, but it contributes to the ever-growing landfills. On a smaller scale, cigarette butts litter the streets, and create an unappealing sight along most city streets. Wildlife will also have a higher quality of life,and re-population increases could be a reality if vaping became a large scale popular choice.  Finally, the air would not only be easier to breathe, but it would be cleaner for you, your family, and friends. This would help to increase general life expectancy, quality of life and overall health of everyone worldwide.

SO…basically, if you are wondering whether you should make the change from smoking to vaping, whether you value your body, your wallet, the environment or the wellbeing of future generations, the answer is YES, YES, YES. Put on your shoes, get in your car, grab a streetcar, jump on your skateboard, saddle up your bike and GO to your vape shop in Toronto and search out the truth for yourself!