The Day I Reclaimed My Life by Cheryl Tulley

The Day I Reclaimed My Life by Cheryl Tulley

If that sounds melodramatic, just ask yourself, or anyone you know who has been held in the clutches of cigarette addiction for any length of time and then manages to quit - FOR GOOD - and see if you don't agree with me. This could also be accurately headed, "The Miracle of Vaping" because it was e-cigarettes that enabled me to do kick the habit. What follows is my journey from being a pack-and-a-half a day smoker to becoming completely tobacco free.

I wasn't just addicted to smoking; I loved it. The feel of the cigarette between my fingers, the hand-to-mouth action every time I took a drag, the hit in the back of my throat, watching the smoke as it left my mouth.. All of it. I'd pretty much resigned myself to being one of those people who would never quit. Even though I'd started to notice I'd sometimes feel short of breath just walking. Even though I was the odd-one-out with friends and family. The list of reasons to quit grew longer with every passing year but it made no difference. I remained well and truly hooked. 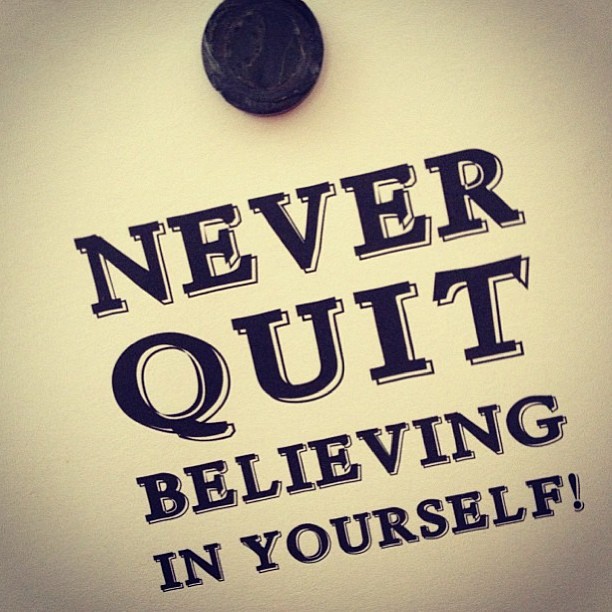 It was February of 2012 when my niece mentioned something called 'vaping'. I'd never heard of it but when she told me I'd still be inhaling and creating something that looked like smoke, I was intrigued. I went online and found a website for 'ESmoker Canada' and called the number on the site. (I'm an Ontario vaper - a Toronto vaper to be specific.*) A man answered and I explained I was interested but didn't know anything about 'e-cigarettes'. When I think about it now I realize that a lot was resting on this conversation....if he'd rushed me, I might have finished the call and that could have been the end of that. But he didn't. He took his time, explained how vaping worked, and answered all my questions. When I decided I was going to give it a try, he helped me decide what to order. The choices back then were much simpler but it still felt like a maze to me. Funny how the learning curve works with things - it all seems obvious now but I remember feeling overwhelmed at the time. (And it IS confusing at first; I'm convinced that good customer service with someone willing to take the time to explain and answer questions is key to someone making a successful transition from cigarettes to vaping.)

The package arrived two days later - Valentine's Day. I was excited and I'd decided I was going to do this full on.....no more cigarettes. Cold turkey. The first week was tough but only because I didn't feel well. I think my body was ridding itself of all the toxins I'd been inhaling for more than two decades. I could have tapered down and done things more gradually. But by now I was motivated and I was excited. The thing I thought could never happen was actually happening. I wasn't smoking! Hours turned into days and I clearly remember waking up on the seventh day. All the symptoms were gone. I felt good. I also felt STUNNED to realize that I wasn't craving a cigarette. The vaper was satisfying what I needed. I had something in my hand. I got the hand to mouth motion and the oral gratification. And maybe most importantly, what I exhaled looked for all intents and purposes like smoke. But it didn't smell bad and it didn't linger in my living room. And it wasn't wreaking havoc on my health. I can still clearly recall how I felt about what I'd found in this little device I was holding in my hand that, a week down the line had come to feel like an honest-to-God miracle device. I'd done what I never thought I could. I'd quit cigarettes! Because that was something else I'd always felt sure of......if I ever DID somehow manage to quit smoking for any length of time, nothing was going to get me to start again. And I was right about that. The impossible had happened and, more than five years later, I haven't touched a cigarette. Even more surprising? I haven't wanted to. I haven't suffered any cravings. Just that one week of detox.

That's my story. And every vaper has one. I know that quitting cold turkey isn't for everybody. I've talked to people who used vaping to cut down on smoking - they continue to smoke but at a significantly lower rate. Some, like me, keep vaping after they've quit. Some don't. (See A. Below)  There's no wrong way to do it. But make no mistake - people are quitting in droves.

A while ago I came across a quote in 'Sur La Terre Magazine' that sums it up perfectly for me: “I watched while the LED light that simulates the red ember of a burning cigarette glowed in response to my pull on the E-Cig, and as I pulled away and breathed in, I fell in love. There was the kick I had been craving; there was the feeling of something in my hand; there was the ‘smoke’ that danced from my mouth like a frozen whisper.”

Personally, I chose EsmokerCanada because they're local but if you're ordering online, it doesn't matter; they're available everywhere in Canada and offer free shipping with no minimum order quanity. If you live in or near Toronto and prefer to shop in person, there's a brick and mortar store downtown at 676 Yonge Street.

Source: The Globe and Mail